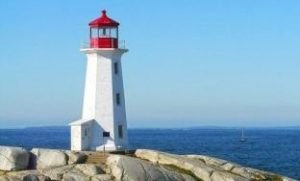 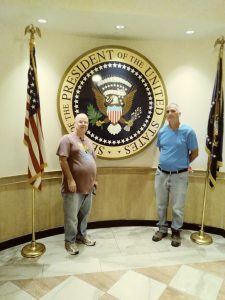 What is so special about New England?

New England is a Very Special Place to live and work, it has an awesome place in United states history dating place into the 1600’s. New England is the oldest clearly defined region of the United States, being settled more than 150 years before the American Revolution. The first English colony in New England, Plymouth Colony, was established in 1620 by Pilgrims fleeing religious persecution in England; a French colony established in 1604 on Saint Croix Island, Maine had failed. One of the best places to start our journey in Plymouth Massachusetts where the Pilgrims landed in 1620, and pay our first visit to Plymouth Rock

Is spring a good time to visit New England?

Yes … Springtime in New England is just so Awesome, this is the time of the year when we shake off our winters blue ans wen the sun shines brighter  and the warm sun starts to help the grass to grow and flowers to poke the heads up out of the cold winter ground
The best time to visit New England depends on what you want to do while you’re there. There are four distinct seasons, each one bringing its own touch to the region. We particularly recommend visiting during late spring. The thawing spring temperatures bring wildflowers, and baseball when Boston’s Fenway Park opens.

Coming late and staying only briefly, spring in New England is often a disappointment.

The week or two of spring days in April, May and June are a delight, with cool temperatures in the evening and just the perfect degree of warmth during the day, in bright, clear sun.

But the delight of spring may be so brief that New England people  joke “Oh, spring…yeah, last year it was on a Tuesday.”

In the countryside the thaw brings “mud time,” the period between frost and spring planting.

Mud time is the slowest season for tourist facilities, coming after ski season and before summer warmth and school vacations bring out the city folk.

Thus many country inns, resorts, and amusements close for a few weeks in April.

The Summer  is filled with outdoor adventures, rich history, cultural attractions, fascinating cities, scenic villages — along with delightful food and superb shopping at every turn. , expansive lakes, white sand beaches, lighthouses, panoramic mountain views, and restaurants with delicious seafood chowder, lobster, and blueberry pie. There are so many places to enjoy in New England in all six states

New England begins in late September and ends in late December, it marks the transition from summer to fall and know for it’s Discover brilliant colors fall foliage and picturesque beauty – September and October are the best months to visit, but depending on what exact area you’re visiting the trees can quickly change from fiery red to the barren in a matter of days. By  keep in  mind these leaf- peeping tips for your New England excursion, you’re sure to experience the magic of fall in the Northeast and in October we celebrate Halloween in the town known as “Witch City” of Salem Massachusetts where in 1692, the Salem witch trails occurred

The Winter months in New England December, January, February are very cold and is if we get Snow is great for many different winter sports such as Snowmobiling, Snow skiing (Downhill, Cross Country skiing) and Ice Hockey, Downhill sledding, Ice Skating, Snow Tubing, Snow Shoeing, but after a great snow storm here it nice to see the trees covered with the snow, it can be hard to drive in the snow if you are not used to it and it’s important to have snow tires on your car during this winter months

Discover why visitors travel back to New England again and again...

We Hope you will enjoy our video

In the Fall the New England Great State Fair comes to West Springfield Massachusetts which is called The Eastern States Exposition (aka The Big E) in September. For 17 Days of Food, Fun, and all type of Attractions.  All six New England States have a Replica of its state building  on the Avenue of States  and  Carnival rides, The Big E Horse Show, The Big E Circus,  all types of farm animals, all type of different Foods from around the World, The Big E Arena Concerts Some of the biggest names from the past and present, as well as those on their way to the top, grace The Big E Arena stage, sponsored by TRULY. Sing, dance and sway to your favorite acts underneath the stars in this open-air 7,000-seat outdoor arena. such as Reba McEntire, Clint Black, George Jone, The Judds, Willie Nelson, Destiny’s Child, Jessica Simpson, Chubby Checker and many others