By: tourguide (Steven Provost)
In: Uncategorized 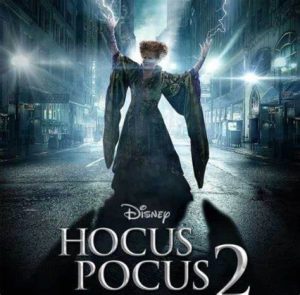 Walt Disney Pictures has leaked info about a new “Hocus Pocus II ” movie being worked on, the details about the Director and the cast has not been released at this time and also there are different story lines for the new film that are being rumored and talked about but no information has been decided also at this time. we have learned though we have learned that  Movie sets are currently being built someplace in  Rhode Island for the film put have no idea where… we’ll keep you post when we find out more..

PROVIDENCE, R.I. (CBS) – A casting company is seeking extras for the upcoming movie Hocus Pocus 2, which will be filmed in Providence and other surrounding communities over the next several months.

It was announced earlier this year that Bette Midler, Sarah Jessica Parker, and Kathy Najimy would be reprising their witchy roles for “Hocus Pocus 2,” which is set to stream on Disney+ by Halloween in 2022.

The original Hocus Pocus, which remains a fan favorite more than 25 years after its original release, was filmed in Salem in the early 1990s. There was no immediate word if filming for the sequel would take place in the real Salem.

Want to Be an Extra on Hocus Pocus II

Kendall Cooper Casting said Wednesday it is accepting submissions for extras in the movie for scenes being filmed October-December.

Click here to apply to be an extra in the movie.

Comments are closed, but trackbacks and pingbacks are open.