Welcome to TouringNewEngland.org  new live Web camera page. We Hope you enjoy the new Look on this page!

If you know of any web cameras we don’t have or one you own and would like to share it, PLEASE LET US KNOW, so we may share it with our viewers… Thank you..     Email Us Here

Originally, the 1901 Maine Flag consisted of a green pine tree, a Native symbol of New England and freedom, in the center, with a blue “North Star”, all on a buff-colored background.[3][4]

The Maine legislature approved the current flag of Maine on February 23, 1909. 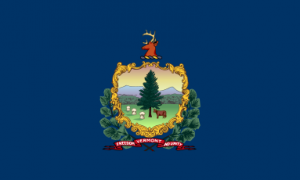 There is no extant record of a design for an official Vermont flag prior to 1804, although Ira Allen‘s design—common to both the Great Seal of Vermont and the coat of arms of Vermont—dates to 1778.[7] While an official government flag might not have existed prior to 1804, the Vermont militia—known as the Green Mountain Boys—was formed in 1770, and remaining accounts record use of the Flag of the Green Mountain Boys as far back as 1777.[8][9] 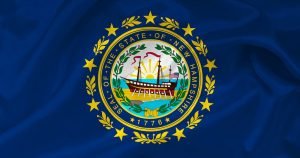 The state of New Hampshire has held two seals since it declared its independence from Great Britain on January 5, 1776. While both seals have been retained, most people are only familiar with the Great Seal due to its corporate use. 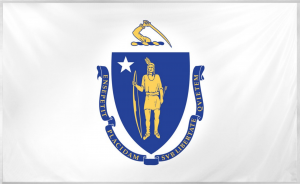 The flag of the Commonwealth of Massachusetts displays, on both sides, the state coat of arms on a white field. The shield is meant to depict an Algonquian Native American with bow and arrow; the arrow is pointed downward, signifying peace. However, the face of the figure is modelled on a photo of Ojibwe chief Thomas Little Shell.[2] A white star with five points appears next to the figure’s head, signifying Massachusetts as a U.S. state. A blue ribbon surrounds the shield, bearing the state motto Ense Petit Placidam, Sub Libertate Quietem (“By the Sword We Seek Peace, But Peace Only Under Liberty”).[3] 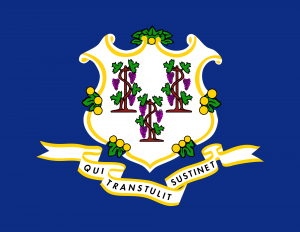 The design comes from the seal of Saybrook Colony, designed by George Fenwick when it was established in 1639. That seal depicted 15 grapevines and a hand in the upper left corner with a scroll reading “Sustinet qui transtulit”. When Connecticut Colony bought Saybrook in 1644, the seal transferred to Connecticut Colony. On October 25, 1711, the governor and legislature changed the seal. They reduced the number of grapevines from 15 to three, in order to represent the three oldest settlements (Windsor, Wethersfield, and Hartford)[2] (or possibly the three separate settlements, Connecticut Colony, Saybrook Colony, and New Haven Colony, which had been absorbed into Connecticut by that time) and rearranged the wording and position of the motto. 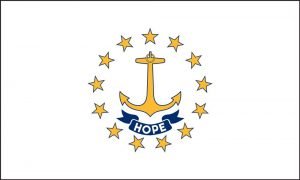 The present flag of the state of Rhode Island was formally adopted in 1897. As early as the 1640s, the anchor and “hope” were found on the Rhode Island Seal, and the seal’s words and emblems were likely inspired by the biblical phrase “hope we have as an anchor of the soul,” found in Hebrews, Verse 6:18-19.[1] Rhode Island’s earliest colonists were fleeing persecution in Massachusetts due to their religious beliefs.