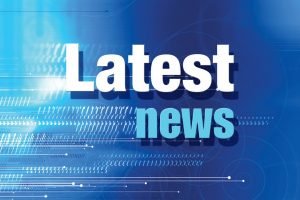 There’s nothing quite like the fall season in New England. It’s the time of year for fun fall festivals, pumpkin and apple picking, cider drinking, and, best of all, viewing the trees as the leaves change colors. If you’re ready to do some leaf-peeping this year, our friends at Smoky Mountains.com use a special set of data points to put together a predictive fall foliage map. Use it to plan where and when to see the best of Massachusetts fall foliage this year.

Use the 2021 Fall Leaf Map to help plan your fall activities, day trips, and weekend getaways. All you need to do is use the slider at the bottom of the map and it will show you the best times and places to see the fiery hues of autumn. This map was created by the folks over at SmokyMountains.com who use a set of data points, sources, and its algorithm to give a forecast that’s as accurate as possible. Of course, nature never cooperates 100% and things can change, but this map gives the best guide you can use to predict when and where you can see the leaves changing colors this fall in Massachusetts!

The last Salem witch has been exonerated, thanks to an eighth-grade teacher and her students 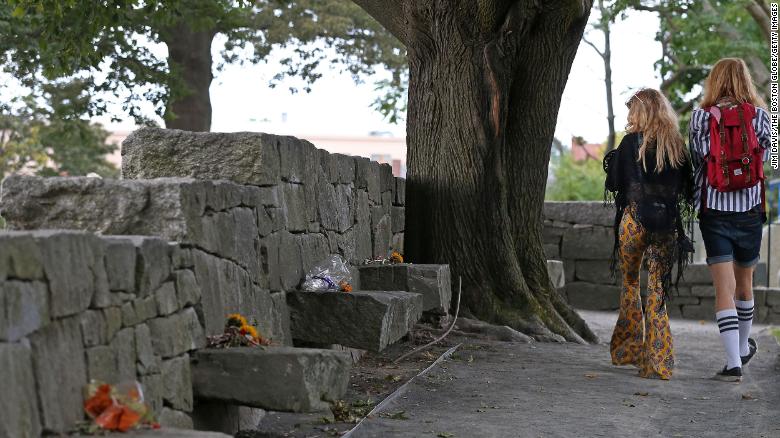 Elizabeth Johnson Jr., a woman convicted of witchcraft in the 1690s, was finally exonerated this summer after an eighth-grade civics teacher and her students petitioned legislators to clear her name.

(CNN)It’s never too late to right a historical wrong — even if that restoration of justice comes nearly 330 years later.

Elizabeth Johnson Jr., a woman convicted of witchcraft during the

in the 1690s, was finally exonerated last week after years of petitioning by Massachusetts teacher Carrie LaPierre and her eighth-grade civics students. Justice came in the form of a

brief addition to the 2023 state budget

Johnson was accused of witchcraft in 1692 along with

women and men in Salem. Of those convicted, 19 were hanged and four others died in prison — Johnson was set to be executed, too, but was later spared.

And yet, during Johnson’s lifetime and over the centuries that followed, her name was never actually cleared. It wasn’t until Carrie LaPierre, an eighth-grade civics teacher at North Andover Middle School, came across her story and involved her students in her case that Massachusetts legislators took notice.

How to exonerate a convicted witch, 300-plus years later

North Andover, a town in northeastern Massachusetts, is only about 40 minutes from Salem. But until she’d read a

by historian Richard Hite, LaPierre said she had no idea how the Salem witch trials reverberated in the North Andover area — and it was within those pages that she learned of Johnson.

Details of Johnson’s life are slim, but her family was a major target of the Salem witch trials, driven by hysteria, Puritanical rule and feuding between families. She was one of 28 family members accused of witchcraft in 1692, according to the 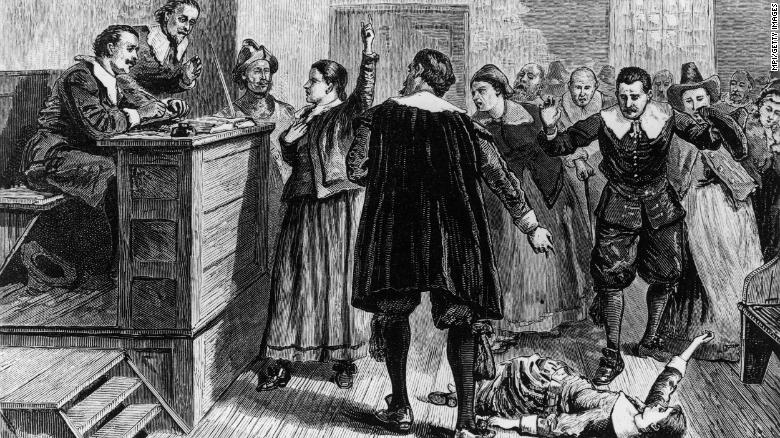 In this illustration, a young woman accused of witchcraft in Salem, Massachusetts, tries to defend herself in front of Puritan ministers.

Johnson made a compelling confession during a court examination: She said that another woman, Martha Carrier, “perswaded her to be a witch” and that Carrier told her she “Should be Saved if she would be a witch,” according to a

Some of the details of her story were sordid and mortifying to Salem’s residents: Johnson said the devil appeared to her “like two black Catts,” and she named several other people in Salem whom she said were involved in witchcraft. She also showed her knuckles, where it appeared fellow “witches” had “suckt her,” according to the 1692 examination document.

For her “crimes,” Johnson was sentenced to death at age 22, as the Boston Globe reported last year, but she was given a reprieve by the governor at the time (whose

wife had also been accused

In 1711, after state officials realized they’d had little evidence to convict and execute or imprison women (and some men) for witchcraft, they

many of those who’d been convicted or even hanged, including John Proctor, later one of the protagonists in Arthur Miller’s play “The Crucible.”

Johnson’s name, though, was omitted from this list. So in 1712, she petitioned Salem to be

included in the act

, which provided restitution to families of the accused.

“That the Honourable Court would please to allow me Something in consideration of my charges by reason of my Long Imprisonment, which will be thankfully acknowledged as a great favour.”

Why, exactly, Johnson was left out is unclear. But LaPierre decided, after connecting with the North Andover Historical Society, LaPierre that taking up the case of a long-dead “witch” and clearing her name could be an engaging project for her students — a real-life application of civics in action.

Johnson is the last Salem witch to be exonerated

So LaPierre’s eighth-graders set out on exonerating EJJ, petitioning the Massachusetts legislature with the hopes that a lawmaker would introduce a bill to clear her name. Eventually, after three years and “numerous disappointments,” one state senator heard them — Diana DiZoglio

to the state budget this year to add Johnson’s name to an existing resolution that exonerated other “witches” by name. 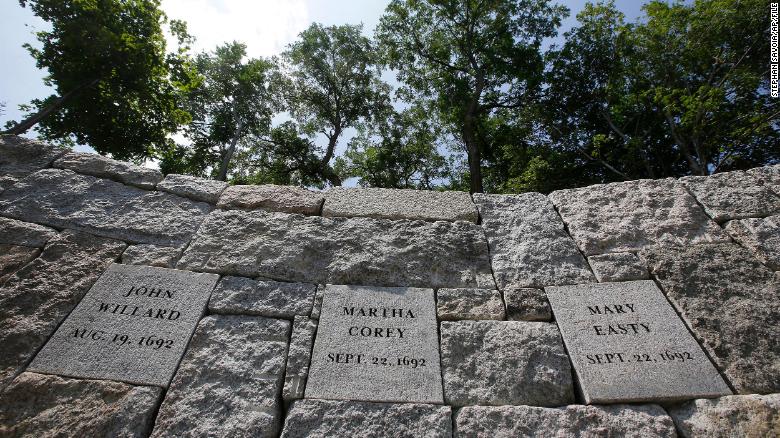 Some of the women who were hanged during the Salem witch trials have been memorialized.
All that petitioning and bureaucratic navigating was instructive for her eighth-grade classes, but LaPierre said “the long-lasting lessons are probably more important: Standing up for justice, advocating for those who cannot do so for themselves, recognizing that their voices have power in the community and the world, and understanding that persistence is necessary to achieve their goals.”

The amendment adds Johnson’s name to a

that exonerated several people convicted of witchcraft — and so, finally, Johnson’s wish for absolution was granted.

But the work for LaPierre continues: She’ll have to find a new project for her incoming eighth-graders now that Johnson’s case is closed. She’s leaving it up to her students this year to determine the issues they care about and the courses of action they’ll take to address them.
Whatever her students choose to tackle this year, witches are likely off the table: Johnson is the final woman convicted in the Salem trials to be exonerated. And with that, LaPierre and her class ended a chapter in history that began centuries ago. 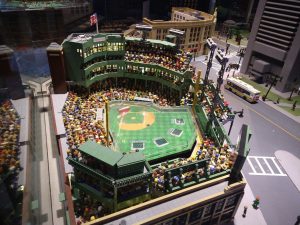 Now that it’s getting warmer, and the covid seams to have gone South for the time being. I hope you are getting out and enjoying this nice weather, this is an awesome time to start visiting museums, concerts and taking family trips. Mike and I just recently went to the Legoland Discovery Center in Somerville Massachusetts for adult night, and had a blast seeing the Explore and interact with the City of Champions  at our spectacular miniature LEGO® replica of the city’s most loved landmarks built from over 1.5 million LEGO® bricks!, with all the great places from Fenway park , to the TD- Garden and Faneuil hall, Boston State house and even the Boston Marathon finish line in miniature. we all have a lot of fun and got to go on a  shoot-up  ride called Kindgom Quest where you shot at all types of things to get a high score, I got score of 070063. They have adult night once a month, so try this out by checking out their website at https://www.legolanddiscoverycenter.com/boston/ Assembly Row – 598 Assembly Row, Somerville, MA 02145  (866) 228-6439

See Our Photo Album of our Visit Here

we have been busy making new videos for you lately with a trip to The Boston Harbor  Islands, (currently being edited) and at the end of October on the 30th. we will be taking a trip to Salem Massachusetts to visit. If you See us stop by and Say Hello !!

TouringNewEngland.org has been doing as much as we can during the time of Covid-19, we are still making new videos and going to new places this year, if you don’t know hopeful sometime in the near future we are trying to go to more places out side of the home living reaching area, we mostly use Public Transit to go to the filming locations. There are a few times where we have rented a car to go to the Berkshires of Massachusetts, like our visit to the Hoosic Tunnel video.

Still there are alot of places we still have that we wish to film and visit, and with the Covid-19 restrictions now being lifted it will become more easy to go visit these locations. We hope that before winter 2021 hits us here in new England to get alot more locations filmed and edited. If you have any locations you would like us to visit please send us an email.

Here we are in spring, the birds and the bees are buzzing and we are off to start our 5th year of production, we are so excited about this year and we want to bring you to some new awesome places

1. website online webcam are online. if anyone finds one off and not working please let me know .. i do try to work on finding more new England live webcams as the become available… if you know of a webcam I don’t have please email me so i can add it to the list of webcam for others to enjoy.

2. i have been working on the online menus and adjusting the menus for easy navigation.. please send me feedback if you have any ideas for the website itself

we are now making new videos and visiting some new places, mike has upload a few new videos to his YouTube channel that he did with me and i will be putting them up here on our website today… we hope you enjoy !

We changed the theme of the page due to problems with pictures that I was not able to change due to the change in each season like I wanted in the frist place, there will be other great changes to come to make this site even better then the last so please stay tuned!

We are officially in our first season of filming and are hard at work editing the footage. We hope to have something up shortly.

1. The Webmaster knows that there are problems with the email links.

If you copy and paste the address to your email, you should be okay.

2. We are currently having trouble with our video editor,

but we will have it up and running soon. Sorry for the inconvience.

(Thank You MR. LYNCH for reporting this error to me !!)

”  We took great pictures and videos of the event from one of the Boats, which took us on a 1 1/2 tour of the tall ships around the Boston waterfront.       THANK YOU MR. ANDE JOHNSON !!!!

and problems are being fixed please bear with us..…

Mike and I visited the Franklin Park Zoo

today. We had a great time. THANK YOU to all the Great Staff for the hard work they do. The food at the snack bar was great. You got to try the extra large hot dogs and french fries. They were done to perfection.